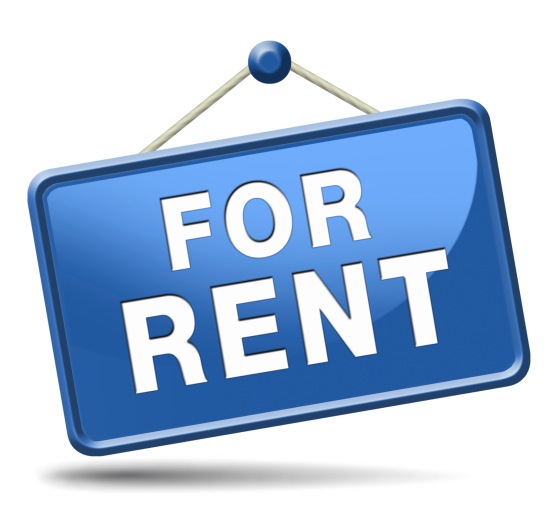 ‘I have a problem I think I should warn you about,’ said John, a rather diminutive gardener who was following me around our garden…

A few years ago I was interviewing some local gardeners to look after our garden, on behalf of our tenants whilst we were away. It might seem rather grand having a gardener, especially as our garden is in no danger of being listed in the NGS’s (National Garden Scheme) Yellow Guide.

The truth is we were hiring a gardener through no laziness on my part (hmm!), but out of necessity, as it was part of our rental agreement.

A sudden overseas work commitment had prompted us to put our property on the rental market for a year until I returned. The rental agreement stated that the maintenance of our garden was our responsibility, not that of our tenant – hence my conversation with John.

As we both stood on the rather parched lawn, John, who was a short but wiry individual, with just the hint of a squint, expounded his ‘problem’ in an unnervingly high-pitched nasal voice:

‘I have this problem with women you see.’

‘With women?’ I echoed, with raised enquiring eyebrows.

‘Yes, with women,’ he continued. ‘You see…women all seem to find me physically attractive!’

‘Really?’ I asked, trying to mask my incredulity.

‘Yes, they do… and sometimes it can get very embarrassing.

Will a woman be renting your house?’

‘Well, yes John, but I’m sure both she and her husband will let you get on with your work without bothering you.’

Still sounding as though he was holding his nose, John replied:

‘Oh good. In that case I would be happy to add your garden to my rota.’

On reflection, renting our house proved to be a profitable experience, providing us with the flexibility and freedom needed at that time. We had considered selling rather than renting, but in the end, renting turned out to be the better option…

And the garden looked well cared for on our return, with no reports of any Lady Chatterley-like shenanigans!

As, in his last film Greystoke: The Legend of Tarzan, the late Ralph Richardson extolled to his protégé whilst walking around his vast Victorian estate:

‘When it comes to land, my boy, never sell… only rent.’

Those were simpler times of course, but I think the sentiment is sound, even today. Sometimes it really does pay to rent rather than sell.

It’s also true that it pays to rent rather than buy… and I’m not just talking about property. These days, with the help of the Internet, it’s possible to profitably rent just about anything!

Reliable parking spaces come at a premium these days. Whether you’re parking whilst out shopping, on a trip to town, or even just visiting someone in hospital, you are always left with the impression when you get home that you have been ever so slightly, legally mugged.

So why not turn the tables if you can?

This of course won’t work for everyone, but if you have a parking or driveway space that you aren’t using, then let someone pay you for the privilege of using it for a short while.

My brother rents out his apartment’s allocated parking space in North London to someone who doesn’t want to pay the enormous rail fees to commute into London.

Another example also springs to mind: once, when walking from the Underground towards (the old) Wembley Stadium for a sell-out concert – I think it was The Rolling Stones – I was struck by the sheer number of normal home-owners en-route who were renting out their driveways for the evening.

The same happens around The All England Club during Wimbledon fortnight.

Here’s a link to a great website if you need more information:
www.ParkAtMyHouse.com.

Apparently they have over 200,000 happy customers. Here are some of their website rental prices:

Rent out a room

There is great excitement in the Bullivant household at the moment, as our son has just ‘completed’ on a flat – his very first property purchase.

Very soon he will be decanting everything from his room in our house to his new abode. Some may call this an ‘empty nest’ moment, whilst others may call it a ‘room to let opportunity!’

Spare Room – www.spareroom.co.uk – is a great portal site if you are thinking of earning a little extra income by renting out a room.

You can download their free guide, updated in 2013 to the Government’s ‘Rent-a-Room’ scheme, and find out how you can earn £4,250 per year tax-free!

Some years ago, when our son was much younger and first starting school, I joined his school’s PTA committee as a way of keeping an eye on him.

Rather foolishly, at the very first meeting I attended, I volunteered to organise their school craft fair. Thankfully, after a bit of work, the fair proved to be a success.

One of the best money-spinners on the day, and in subsequent years, was the candy floss stall.

It was quite reasonable to hire – about £45–£50 plus insurance and we took money all day from the kids and parents alike.

We hired the candy floss machine from a local resident, rather than a big business.

This seems an idea that any of us could easily replicate. Although, I accept, that invariably these projects are always more involved than they first appear on paper.

The person renting the machine had bought it purely to rent out and make a small side income, and by all accounts, it was worth his while.

He delivered and collected the machine, along with some very basic instructions, provided some red-coloured vanilla colouring, sugar, some plastic bags with sticks, and that was it.

You too could own and rent out a bit of kit like the candy floss machine: eBay and Gumtree can be good first ports-of-call when looking to initially source the equipment and then you can use the same sites to advertise, once up and running.

Do bear in mind that you can charge more if you provide an operator (you?) for the period of the rental.

Here is a list of other equipment also in demand for fairs, parties and weddings:

Okay, that covers renting some of the high-ticket items. I will come back to you soon with a similar rundown on how, rather surprisingly, to rent out the smaller stuff often found cluttering up your home.

Until then, have a great week.