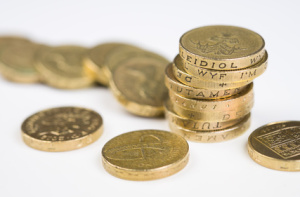 The pound may seem like a static and stable part of our everyday lives, but in reality its value never stays constant.

Some may recall the rather famous speech by former Labour Prime Minister Harold Wilson in 1967, when in an attempt to control the UK economy and narrow the trade deficit, he lowered the exchange rate so the pound became worth $2.40, down from $2.80, a cut of just over 14%. These were the days of fixed, rather than floating exchange rates.

The Labour premier then made the near-fatal gaffe of falsely claiming the 14.3% reduction in Sterling’s worth would not diminish the ‘pound in your pocket’. Ultimately the devaluation discredited the pound abroad as a reserve currency and with it Harold Wilson’s political credibility.

Even within the UK, the value of our pound is continually being eroded in terms of the goods and services it can buy at home. The culprit here is usually inflation.

Based on a handy online calculator from the www.thisismoney.co.uk website, using official UK inflation data, we can see how much more one single pound was worth in years gone by:

But there is another factor which can boost the value of the pound in your pocket today. Let me illustrate my point…

The Royal Mint sometimes artificially restricts the supply of certain coins minted into circulation, usually commemorative coins. Depending on the level of rarity, there are avid coin collectors who are always willing to pay over the odds to acquire such coins in short supply. The smaller the supply, the more intense the competition and the more they are willing to pay to add such coins to their collection.

Take the simple £1 (in circulation) coin for example. Some of these coin designs are definitely worth more than others. Only last week I spotted one such example in my change, completing my set of UK £1 ‘city’ coins, consisting of London, Belfast, Edinburgh and Cardiff.

Each of these four coins (minted in 2010 and 2011) shows a depiction of the official badges of their respected city. A collected set of all four coins can easily sell for £10 on eBay: a return which will never get you rich, but is enough to maybe whet the appetite of the ‘collector’ in many of us.

There is also a healthy amount of collector interest in the recent series of £1 shield, floral and bridge designs.

But it has to be said that the £1 coins are possibly the least valuable of the collectible commemorative coins in circulation today. There are also many 20p, £2 and 50p coins out there just waiting to be found, some of which can give you a return of up to £30, £50 or more per coin.

If this subject piques your interest, I have documented the facts and figures for the more valuable coins in great detail within my Profit Box website.

I can assure you that collecting current ‘circulated’ coins can really become addictive once you have the facts at your fingertips and you know which valuable ones are worth looking out for.

Until next week – happy hunting!