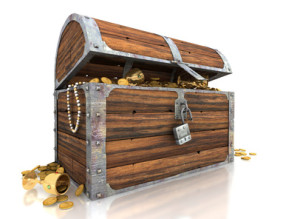 In recent days my inbox was flooded with entries for the Christmas ‘Profit Box’ Treasure Hunt and the grand draw for correct entries took place yesterday.  All winners have now been notified by email and their treasure will be on the way to them in the post without delay.

Just in case you were wondering what the correct code numbers were to the ’12 Days of Christmas’ theme, here they are below: