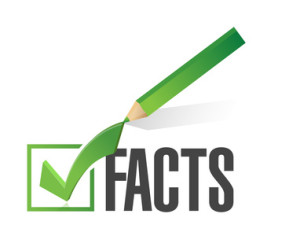 Oftentimes we use sayings without really knowing their true meaning or origin. We think nothing of it, because such sayings are usually so commonplace that other people implicitly seem to understand the meaning.

Take the saying ‘cash on the nail’ for instance. We somehow intuit that this means, ‘to be paid up front, without delay’… but what does the saying really mean?

One definition (disputed by some) is that the saying relates back to when deals were sealed on bronze pillars, called nails. These are to be seen outside the Corn Exchange in Bristol and the Stock Exchanges in Limerick and Liverpool.

Can such detailed – and some would say irrelevant – factual knowledge be of use to us today, or is it simply the preserve of academics?

Well, here’s a personal fact of my own: I went to school with Stephen Fry – actor, but also well-known host of the fact-filled programme QI. And it would seem that that Mr Fry has benefited from his extremely wide factual knowledge… so what about the rest of us?

Last Saturday afternoon, whilst I was driving around some of my buying haunts, I was listening to Dermott O’Leary’s programme on Radio Two. I especially like his show as he features live music sessions and interviews with up-and-coming bands.

This week he featured a more unusual group of guests on his show – the ‘QI Elves.’ This rather young and enthusiastic group of people appear to be the driving force behind the TV series QI. And it was their ability to impress John Lloyd, the producer of the show, with unusual oddball facts, which landed them this unusual job in the first place.

Now, this kind of employment might not be your cup of tea, but to me it seems quite an interesting way to earn a crust. Granted, they are just a few individuals, and we can’t all be QI elves…so how else can we turn hard facts into cash?

The website ‘Money Magpie’ suggests a few options, under their heading ‘How to make money being a researcher’.

Apparently writers, film and TV producers (just like QI) are always looking for people to undertake fact-finding on their behalf. An enquiring mind and the ability to undertake research on the Internet are two attributes which will help you on your way.

You can advertise your services on:

Another way to capitalise on a love of quirky facts would be to create a series of short ebooks and publish them on a digital platform such as Kindle.

These days you see ‘lists’ everywhere. They are popular as they represent a short-hand form of reading and a fast way to assimilate information. Many people are put off writing and publishing on Kindle, simply because the whole process seems too complicated and lengthy. But if you put together a fact-based list of interesting nuggets of information as an ebook, then suddenly this all seems very do-able.

To make a fact-based ebook really shine I would recommend the following:

Here’s a QI type fact, mentioned on last Saturday’s programme: ‘In 1895, the only two cars in Ohio crashed into each other.’

…And another, which I spotted in a pet health brochure: ‘A group of kittens is called a kindle of kittens.’

‘The facts ma’am… just stick to the facts.’ – quoted by Sgt. Joe Friday, a character from the American detective TV drama Dragnet in the early 1960s.