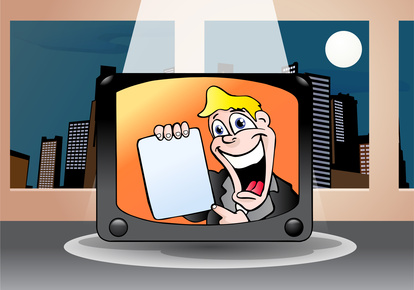 I fondly remember as a young boy during the early 1960s, my father coming home the proud owner of a new (well, second-hand) home cine projector. There was much excitement in our household that weekend, as everyone prepared for our very own in-house movie experience.

My mum prepared snacks, whilst my dad set up the equipment, consisting of a pair of large circular film reels, from which the celluloid was threaded in front of a very bright light bulb and then behind the prism lens of the projector, which was balanced upon a rather rickety tripod.

Pictures were removed from the opposite wall, affording us a rather off-white screen to project the film upon; the curtains were drawn, the lights were turned off and we were all set to finally see our holiday movie taken the previous summer.

The ‘start’ switch was clicked, the projector sprang into life and series of rather jerky black and white images were illuminated against our makeshift screen…

‘Hooray!’ The cry went up from us all, immediately followed by, a resounding ‘Ohhh’, as the thin strip of film appeared to snap between the two reels, the screen went blank, the bulb pinged out and we were instantly thrown into darkness.

I’m aware that this scene of mechanical ineptitude was not reserved purely for our household, but with a little perseverance our home cinema experience was underway once more, and what an impression it made upon my young mind. With the exception of the missing ‘kia ora girl’ selling ices and drinks from her tray, this was just like the real thing!

Even though our holiday scene was shown in grainy black and white, with a collection of uncontrolled fluff dancing across the screen, the film entirely captured that magical moment in time; the laughs, the tears, the racing in and out of the water, the sandcastles – and that was just my parents.

I was reminded about this ‘special moment in time’ analogy a few months ago when I unwittingly unearthed a rather surprising little money-spinner as I was buying a few well-chosen used videos from a local collectibles market.

The owner, as he was taking my money, remarked about how many VHS films he had sold that week. I was somewhat surprised, as usually I find that I am in a minority of one when it comes to buying old video cassettes… so I inquired further.

‘Oh it’s not the old pre-recorded films and TV programs that have been selling, such as the ones you have there, it’s the old blank cassettes used for self-recording from the telly that have been the popular ones… you know, the ones with the thin white strips of sticky paper along the ridge, where you write the name of what’s been recorded’.

Seeing the look of incredulity on my face, he continued: ‘I know exactly what you’re thinking – what a load of rubbish – just as I did, but I can assure you that there is a niche market for the self-recorded tapes’.

Well, as it turns out that there does appear to be a quirky set of buyers out there seeking these home-recorded video cassettes.

Whilst they love seeing the old TV programmes, mainly from the 1970s, 1980s and 1990s, what they really want to see again are all the old TV adverts from that era… many of which haven’t been aired now for decades!

Now you could tell me that such visual memorabilia can easily be found today on sites such as YouTube, and you would be correct… but somehow it’s the ‘sequence of footage’ that can only be found on video cassettes which allows the mind to act like a time machine, whisking you back to earlier, simpler times. For instance:

…Perhaps a short clip of Grandstand, presented by Frank Bough from the late 1970s on a rainy wet Saturday afternoon, which then cuts to the adverts:

• Cadbury – ‘…And all because, the lady loves Milk Tray,’ or ‘Everyone’s a fruit and nutcase’ and ‘A finger of fudge is just enough to give your kids a treat’ and of course ‘For mash get Smash.’

• Sugar Puffs – The Honey Monster, ‘Tell them about the honey, mummy.’

And here’s the thing, as the screen shot below illustrates, these home-recorded cassettes sell for surprisingly decent amounts of money on sites like eBay… so why not track down a few of these innocuous plastic pieces of the past and try your luck online?

Well, I’ve got to admit, that this was a revelation to me. But really it’s no surprise, as I have always found VHS videos to be profitable. If you are interested in learning how I sell hundreds of pounds of old VHS videos every month, then please take a look at my website The Profit Box, where all is revealed.

Ah, those TV advert memories have put me in a nostalgic mood. Now all of a sudden I fancy a Cadburys Curly Wurly… can’t think why…

I’ll speak to you again next week.
Richard