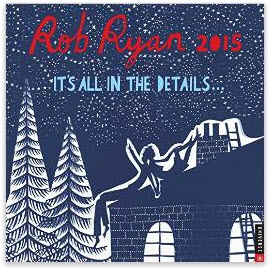 Some years ago when I first became serious about buying and selling online, I started very cautiously by finding stock offline and then selling online, initially on Amazon.co.uk.

The stock was the kind which can be sourced by anyone, nothing special you understand. The only difference between me and my fellow shoppers was that I had an edge… and I followed a simple but fool-proof plan.

In last week’s newsletter I announced that one of my new year’s resolutions was to earn an additional £3,000 – £5,000 income this coming year. To kick-start this resolution I decided to go right back to basics and to give my simple plan from yesteryear another go.

When I first got started I really didn’t have a clue about online selling, but I did know that it was possible to sell my own items on Amazon. After I had disposed of all my unwanted gifts and clutter I realised I had to look beyond my home to find further stock to sell.

I had decided I wanted to sell on Amazon, as it was quick and easy to list stock, but there was one limiting requirement: to list stock on Amazon your products need to display a barcode/ISBN.

As standard barcodes were first introduced about 1972 in the UK, this neatly divided my sales process in two: post-1972 items were to be listed on Amazon and pre-1972 (collectible items) would be listed on eBay… but for the sake of this newsletter we will just concentrate on Amazon.

My task way back then was the same as it is today: namely to find products with a high demand online, in reasonable supply offline, at a price which would allow me a profit after re-sale.

In agreement with Keynesian economic theory, I believe that the greatest of this trifecta of ‘demand, supply and price’, is ‘demand’. Once you have located, or even stimulated an element of demand, then everything else falls into place.

So off I went with pencil and paper (before Smartphones) to jot down the barcode numbers of some likely products. I would later check them at home on Amazon to see if they would produce a sufficient profit margin, between the shop price and Amazon’s price.

Back then there usually was a decent margin, so I had plenty of items to consider buying. But this process really only addressed the two elements of ‘supply and price’ – but what about demand?

There was no point in buying something, even at a good price and with a decent potential profit margin, if the demand was poor. That would result in me tying up my money in stock for long periods of time, instead of turning it around in short order to re-use again.

Thankfully, an indication of the ‘demand’ for any product is provided by Amazon itself: they give each product in their catalogue an ‘Amazon Bestseller Rank’ (ABR) and they allow customers to leave star ratings to indicate quality and satisfaction

Below is Amazon’s ABR and star rating for Rob Ryan 2015 Wall Calendar:

During this past week I found this exact calendar in my local Wyevale Garden Centre – it’s part of a national chain, so hopefully there will be one near you. Using my buying formula, I realised that this calendar was a potential winner. So I snapped up all remaining copies in their 50% off sale.

The RRP was £9.99. Wyevale’s sale price was £4.99 and the lowest price they are currently selling for on Amazon is £19.97 + £2.80 for p&p. I have already sold five copies (no surprise given the low ABR) giving me a profit of approximately £70 after a few Amazon fees have been deducted. Strangely, £70 is the additional total which I need to raise every week in order to achieve my resolution for additional earnings this year.

This ‘Rob Ryan Calendar’ example was achieved using just one of the many techniques which I have outlined in my latest Calendar Cash Blueprint, to be found on my Profit Box website. The truth is you can profitably buy and sell all year round and not just in December and January as one might think: my blueprint shows you how. Click here for more details.

Apart from the calendar, I also found several other designs which I bought in their sale. And just to prove that the theory works on several levels, I then visited John Lewis and bought a few profitable calendars from there too, which should also do well, as they had a great Amazon Bestseller Rank.

I will speak to you again this time next week.

P.S. I promised to update you on my diet (my other resolution) – I lost 6 pounds during the last 7 days. A long way to go but not a bad start I suppose.

Please check the current values of any calendars (or any other products) before you head out to the shops to buy stock.  Listings on Amazon change all the time, and some sellers may come in at a lower price to undercut the next highest seller.  You then have two choices; either ‘price match’ their price and take a lower profit, or wait it out until their listing disappears.

I have just checked the example in this newsletter, for the Rob Ryan Calendar and see that someone has done exactly that…so always keep checking back.

Whilst the Rob Ryan Calendar is a good example…what’s really important is understanding the technique, so you can replicate it with other products.