Did you see that film which was on the telly around Christmas time, about a guy who wakes from a coma after many years asleep? 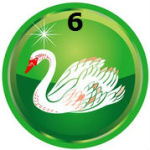 The man, now surrounded by his family, asks: ‘Well, what have I missed during the 20 years that I have been asleep?’

They are all depicted as a dour Yorkshire family and rather economical with their words:

‘Not much really,’ is the response, ‘We’ve ’ad a woman Prime Minister…’

‘We’ve all got computers now, and summit called t’Internet…’

‘And telephones are now so small that they can fit in your pocket.’

‘No, I suppose not… Oh, I tell thee what ’as ’appened though… and you better prepare your sen for a BIG shock.’

‘Well, they’ve only gone and changed the name of ‘Marathon’ to ‘Snickers!’’

This line perfectly portrays the fact that no one really likes change, particularly when it comes to well-loved product brands which we have been accustomed to.

What exactly is a brand?

‘The simplest answer is that a brand is a set of associations that a person (or group of people) makes with a company, product, service, individual or organisation.’ Source – The Design Council.

So when a brand is unceremoniously taken away from us, many feel a sense of personal loss – perhaps this is a very British trait?

Let’s look at some other brand name changes that might pull at the heart-strings:

Clearly these names aren’t just changed on a whim: one advantage of a name change to the consumers is the recognition and availability of the same branded product throughout the world.

Thus, brand changes can come about because there are economies of scale simply by marketing one universal brand, rather than a host of multi-various ‘national’ brands.

Indeed brands such as Cif and Snickers have gone on to become successful global brands, as a result of the uniformity of their brand awareness.

There are other reasons for brand name changes: 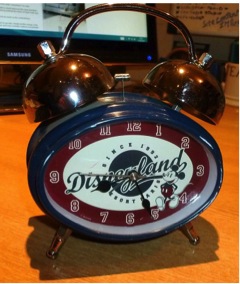 The park initially failed to meet financial expectations, resulting in an image change in which the word ‘Euro’ was phased out of several names, including EuroDisney.

The phasing out of ‘Euro’ came about ‘as to Americans, the word ‘Euro’ is believed to mean glamorous or exciting. For Europeans, it turned out to be a term they associated with business, currency, and commerce.’ Source – Michael Eisner CEO of The Walt Disney Company from 1984–2005.

The reason why it is possible to profit from brand name changes is because people are ‘emotional collectors’ of items from bygone days.

Emotions are often evoked by memories of times gone by, from events, people and even product brands which no longer exist. Consciously or unconsciously, our memories tend to become associated with specific events and images from the past.

Just as we can recall a distant memory by listening to a piece of music, so can we evoke a similar memory by collecting memorabilia from bygone days.

A change in a brand name can pique a collector’s interest because when brand is consigned to history; it only lives on as a memory.

Take the example of the Disneyland alarm clock, featured in this article. The Disney timeline dates this item to the years 1994–2002. I recently sold an earlier ‘EuroDisney’ mug on eBay, which attracted many bidders, for similar reasons.

Effectively, discontinued items can attract collectors in their droves.

The greater the quality of the item, and the more limited the original supply, then the more a collector will be prepared to pay to acquire it.

My theme therefore this week is to urge you to keep a beady eye out for simple second-hand products which capture such moments in time, as the result of brand name or logo changes.

…But soon (very soon) I WILL be in a position to go in to much more detail. I have been working on a wonderful new concept with Canonbury Publishing, which will give you all the insider knowledge you might need to profit from memorabilia, vintage and limited edition modern items.

I know many people who make a very nice living indeed by buying and reselling memorabilia and unique modern items… and what a great way to earn a living!

The words ‘retro’, ‘vintage’, ‘collectables’ are in vogue at the moment because this market is very hot, driven by a new wave of affluent buyers in the 20–30s age group, many of whom are discovering these products for the very first time.

This project is still a ‘work in progress’, but will be unveiled within a few short months, and I will be certain to keep you updated.

Returning back to Marathon and Snickers for a moment…

It’s funny how branding can sometimes go full circle: marketers, having conquered the global market, can once again recognise the market value generated by waves of local and national nostalgia…

The return of ‘Marathon’ – A new report has revealed that Mars may be poised to resurrect the peanut-packed chocolate bar 18 years after it vanished from store shelves.

I do love a happy ending!