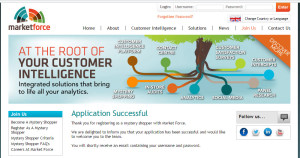 Cliff, a friend of ours, is passionate about old MG sports cars, real ale, steam trains and walking.

As my wife also likes walking and I like real ale and classic cars, we have fallen into a comfortable routine of going for ‘pub walks’ around our local countryside in Hertfordshire, enjoying a pint or two and talking about classic cars… or anything that comes to mind.

Cliff has been semi-retired for some years now, but is happy to accept short-term contracts from his local employment bureau, which are quite varied in their nature.

There was one which I found fascinating. He was employed by the owner of a string of garages to anonymously book his old MG car into specific outlets, each belonging to this group, for a service, at the owner’s request. He then reported back to the owner on the levels of competence, courtesy and the overall service which he had received.

Cliff was doing this long before the term ‘mystery shopper’ was coined… but this, as it turned out, was an apt description of his job.

He was only awarded these garage-check jobs about six times a year, as there are really only so many times that his car needed servicing or checking for phantom problems. But whenever these assignments did crop up, he always enjoyed the gig – usually he would toddle off to the local library or cinema whilst the work on his car was being completed.

He was paid for his time and mileage, and the cost of the servicing was also reimbursed. So in effect he didn’t have to pay for his car to be serviced for years!

In return, he had to write and submit a short report which gave the garage boss a clear picture of how his outlets were performing, without their performance being influenced by the knowledge that they were being assessed.

And this, in essence, is how ‘mystery shopping’ works today. Retail outlets and food and drink chains, of all sizes, are anxious to have this kind of covert data made available to them, so they approach analytical survey companies looking for this kind of self-assessment.

Wanting to find out more, I signed up with one of the more reputable companies, which specialise in gathering such data: http://uk.marketforce.com. I’ll be honest, I thought I would just be asked to create a simple account with a password and username, and then I would be qualified for mystery shopping assignments – but I was wrong.

As long as you are forewarned, then it’s usually not a problem, for I should tell that they conduct an online test before taking you on… Arghh! But after being accepted, I can report that it’s not too onerous and only takes about 10–15 minutes – you just need to be careful and vigilant.

The test comes in the form of a multiple choice questionnaire, by which they determine:

You have two attempts – You need to score in excess of 80% to be accepted, so take your time and be careful. Just so you know, I was a few percent under on my first try – but I know I was rushing it. Thankfully, I did pass on my second attempt.

Once you are accepted, they will give you access to your own back-end admin area as part of their website, where all your data is stored, such as your profile, your earnings to-date, your affiliate income (they will pay you £2.50 for every referral – don’t worry, I’m not claiming that), as a well as a log of the current assignments on offer in your area for which you qualify.

I will be realistic and point out that you won’t earn a fortune from being a mystery shopper. From what I can see, the earnings range from about £3.50–£30, depending upon the assignment. They will also add a further payment to cover your travel and out-of-pocket expenses. So, for instance, if you were to check up on a pizza restaurant, they would cover the cost of the pizza.

As you would expect, they are quite specific as to how much they will pay and what they will expect in return, in terms of your reporting and the time-frame of your report.

Overall, I would say that it’s a bit of fun, and if you can go out and have a pie and a pint (or whatever your tipple) at someone else’s expense and earn a few extra quid into the bargain, then that’s really not a bad deal.

Until next time, keep warm and happy hunting.