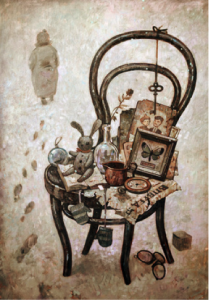 I seem to spend a lot of time advising you what you should collect… but what about the other side of the coin?

Although it’s good to know ‘what’s hot’, sometimes it’s just as useful to know ‘what’s NOT’ i.e. what’s fallen out of favour and, in terms of collectability, turned stone cold.

In the collector’s world there are two things worth remembering:

1. Just because something is old, does not automatically make it collectible – both the original quality of an item and its present condition each play a big part.

2. A collectible item might not stay collectible forever – supply and demand are the two key factors here, both of which may change over time.

Even quality items produced in great quantities will struggle to become rare, unless at the time of production they had a high level of disposability e.g. early paper advertising items.

Or conversely, take items which might once have been in great demand simply due to topicality – possibly as a result of media coverage – these might quickly become unpopular, as fads and fashions can change almost overnight.

So if possible, it’s always useful to know which items to avoid.

1. Collectible commemorative plates – During the 1970s and 1980s there were a plethora of ‘so-called’ limited edition commemorative plates being sold, usually by the Sunday glossy magazines. In return for a hefty investment, often paid in instalments, you were sent a colourful plate as part of a series, accompanied by a certificate of authenticity. These plates, although very decorative, were produced in such numbers that they have retained very little value today. Sad to say, I see so many of these once sought-after plates languishing in charity shops as well as the lower echelons of eBay rankings, with price tags of £1–£3 apiece.

2. Movie posters from the 1980s and ’90s – Original movie posters in good condition, prior to the 1980s era, are definitely an attractive proposition from an investment point of view, with some of the rarer ones worth many thousands of pounds. However, movie posters from the 1980s, 1990s or even younger do not have the same appeal – the reason being that such posters are easy to replicate and sell online. Such reproductions, at first glance, look just as good as the originals but can be obtained for a fraction of the value. Even the originals from the latter part of the 20th century were hoarded in such numbers by cinema and theatre staff (as opposed to being thrown away in earlier days through ignorance) that their supply has almost outstripped demand.

3. Beanie Babies – This was a craze that passed me by (thank goodness) which reared its rather bizarre head in the late-1990s / early-noughties. Beanie Babies – an animal shaped bean bag – started out as a child’s toy and quickly morphed into a collector’s item. Their manufacturer Ty Inc. was quick to capitalise on this almost instant fad (fuelled by artificial scarcity) by producing special editions e.g. the Princess Diana and the Millennium Bears. The minute the illusion of scarcity was shown to be a myth, the bubble was burst and demand dropped away as quickly as a deflated balloon. Now, you can hardly give them away.

4. Pogs – Do you remember these bottle-top shaped pieces of colourful nonsense? I vaguely recall thinking at the time that surely they are just pictures on round pieces of cardboard. And that, in effect, is all they really were… Perfect fodder for schoolyard trading of course. I guess that there are a few corporate wheeler-dealers in the City today who first learned their basic bartering skills from trading these cardboard coins. They probably learned another valuable lesson too, in that anything which was cheaply produced in such huge numbers would run out of buyers long before the supply ran out, and therefore the fad would therefore quickly run out of steam.

5. McDonald’s toys – These instant, plastic toys were I’m sure responsible for many a diverted journey, as tired parents were berated from the back seat with cries of “I want a Happy Meal, because they’ve got [insert latest hot movie] figures in the box.” And of course, whilst the movie was still hot and doing the rounds, and still lingering in the minds of the kids, then the value would hold. But, just as night follows day, the minute the next batch of movie madness hits the screens, then these rather cheap toys are seen for exactly what they were… cheap, but certainly not collectible.

As a rule of thumb, I would always advise caution when considering items which were produced primarily to create a quick profit for the manufacturer, rather than as a quality product for the consumer, especially when produced in almost unlimited quantities.

Also, beware of items which can easily be replicated or copied, as this can cruelly and very quickly strip away the true value from the originals.

Next week I plan to give you the flip side of the coin and supply you with a list of items which I highly recommend you SHOULD keep an eye out for.

These are items which are either hot right now, or very soon will be, as they are currently being bought up by collectors, either to flip for a profit, or to hang on to with a view to building a longer-term investment.

I also wanted to let you know that next week’s edition will be the last issue of Maverick Money Report… at least for the time being.

I am currently working on some very exciting projects (which I hope you will become part of), all of which are demanding the focus of much of my time. So I hope you will understand if I step back for a while.

Fear not: you will not be losing me altogether, as from time to time I will be writing guest articles featured within other Canonbury newsletters. I also have these new projects in the pipeline, due to be launched later this year…

And of course, if you are a member of my Profit Box website, then you will continue to hear from me on a regular basis.