UPDATE:  Both of the books I listed at the higher premium (perceived) price – see the full story below – sold with two weeks of being listed…which just goes to prove the point about ‘customer perception’ being SO important when it comes to sales.  Well I guess I better rinse & repeat’ as they say.

Question – Which of the following two items would you rather buy?

A.  An early Georgian walnut chest of drawers, with canted corners, bracket feet and a brushing slide.  The chest is presented in a perfect mid-size proportion to suit most elegant living spaces, with a pleasing honey coloured glow from the polished surface patina – £3,500.  Circa 1760

Answer:  ‘A’ right?  …Well, yes and no.  The truth is that they both describe the same chest.  The only difference is that your perception, of one item over the other, has probably been influenced by the descriptive sales copy.

When it comes to selling anything, ‘perception is crucial!’ 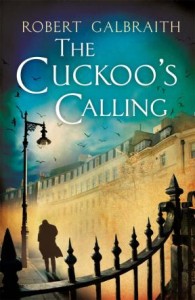 Take J.K Rowling’s new series of detective novels, penned under her pseudonym Robert Galbraith, for instance.  Bear with me while I elaborate:

In the spring of 2013, I sought the advice of a London bookseller, renowned for selling modern 1st edition books, asking if he could recommend a book for me to buy as a good future investment.  With a knowing smile, he offered me a new hardback – a detective ‘Cormoran Strike’ novel –  called The Cuckoo’s Calling, by an unknown author, Robert Galbraith, which had just been published.

Well it turned out to be a great recommendation, for a few months later, the Arts Editor of the Sunday Times received a tip that the book might have been written by none other than J.K. Rowling.  After conducting some linguistic evaluations and contacting Rowling’s agent, it was confirmed that she was indeed the author.

Those first copies of The Cuckoo’s Calling were known, in literary circle parlance, as ‘modern first editions.’  This term refers to copies from the first ever print run.

When a book is originally published, especially a book by an unknown author, the first ever print run is usually very small.  This is an intentional move by the publishers to minimise any losses if the book were to flop.  This happens often, as it’s hard to get a foot-hold as a new author even when a publishing house actively promotes you, which most don’t.

The Cuckoo’s Calling first print run amounted to only 1500 copies.  Once the cat was out of the bag however, the value of the same first edition copies went through the roof.  On 18th June, a signed copy sold for £2,950 and unsigned copies were selling for upwards of £750. 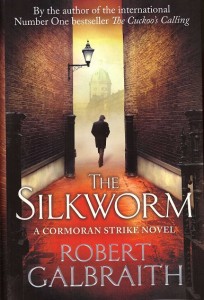 Last month – June 2014 – the second book, in the Cormoran Strike series, was unveiled, The Silkworm.  The story surrounding the publication this time around was not so newsworthy.  Nevertheless, J.K.Rowling’s books always attract publicity and so I’m keeping a careful eye as the whole process develops.

What I don’t know at this stage is how many books were printed in the first run of this second book, as that figure will definitely affect values when sold on the secondary market… only time will tell.  But I’ll bet my bottom dollar that there would have been far more than 1500 books printed, now everyone know that it comes from J.K. Rowling’s stable.

Meanwhile, I have bought a few first edition copies of The Silkworm, which are currently selling at my local Tesco and Waterstone’s for £10.00.  One copy I intend to keep and the others I have listed on eBay and Amazon.

It would appear, until we know the definitive number of first edition copies, that these books may be ten-a-penny.

As this screenshot from Amazon illustrates:  There is clearly a big difference in perception regarding this novel:

As with our earlier example, both of these red circles refer to exactly the same book.  The key difference is in how they are described.  The first will just state something simple such as ‘new book,’ whereas the second will “sell the sizzle, not the steak,” with a description such as:

1st Edition, 1st Printing. Fine/Fine, An immaculate brand new HB with dustcover. Unread. Wrapped in bubble and boxed for protection. From a Non-Smoking Household. Posted from the UK next working day. – Actually, that’s my description.

Am I suggesting you dash out and buy a copy?  Well the choice is yours; I’m just giving you the full back-story and my thinking on the matter, so you can make your own decision.

From my own perspective… for tenner, well I think it’s worth a punt. At the very least you will have an interesting book to read over the summer holidays.

Incidentally, one of the upcoming Blueprints I will soon be publishing within this site will focus entirely on ‘How to Recognise and Profit from Modern First Editions.’

Meanwhile, have a great week.